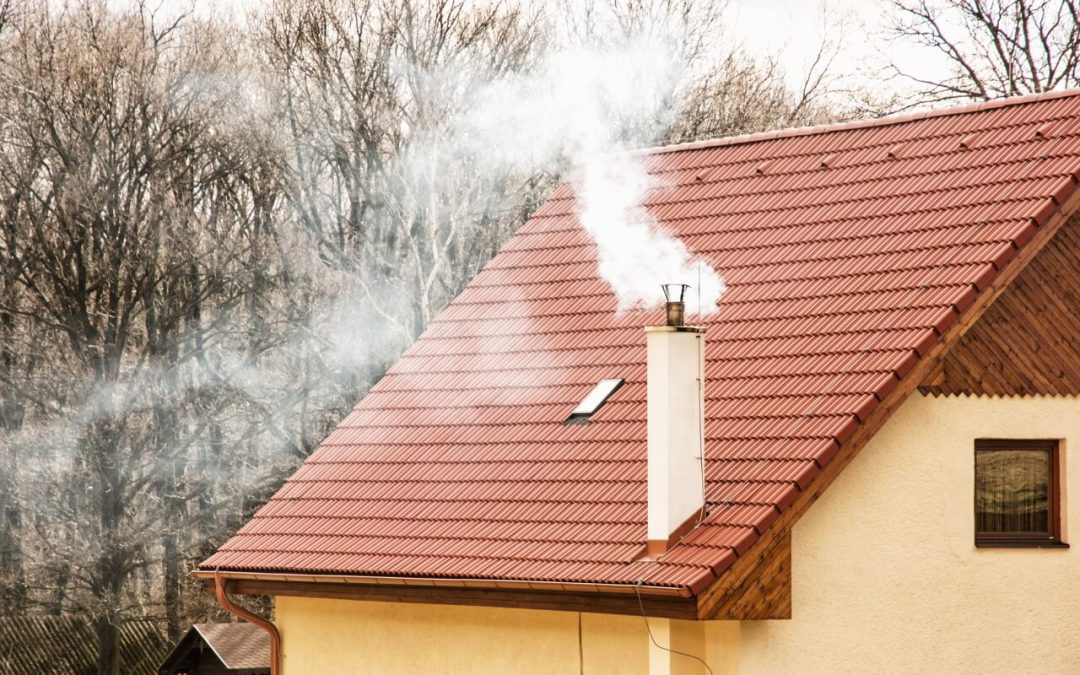 More than 25,000 chimney fires occur in the United States each year causing nearly $130 million in total property damage. This is one of the reasons it’s important to know what steps to take for preventing chimney fires and keeping your home safe.

Fireplaces and wood-burning stoves produce a highly flammable substance called creosote. It accumulates over time, coating the inside of the chimney and creating fuel for a fire. Here are five ways to prevent chimney fires in your home.

One of the most effective ways of preventing chimney fires is to regularly clean your chimney. The smoke chamber is the most important area to clean since this is where most chimney fires start. It’s best to hire a certified chimney sweep for this job. An easier task you can do before calling the chimney sweep is to clean the interior of your fireplace.

• Sweep or vacuum up cold ashes.
• Use a handheld broom to gather and dispose of debris from your fireplace’s floor and walls.
• Use a mixture of dish detergent and warm water to clean easily accessible bricks coated with heavy soot.

Compared to damp wood, dry wood burns hotter and produces less smoke. Burning damp wood results in an increased buildup of creosote in your chimney. In turn, this boosts your odds of a chimney fire. Keep your firewood dry by storing it properly in a designated area or with cover it with a secured tarp.

Oak, maple, ash, and birch are some of the hardwoods often recommended for fireplaces because they burn hotter and cleaner. These woods also produce less sap, which means less buildup. Manufactured wood bricks are an acceptable alternative to hardwood as part of your efforts to prevent chimney fires since they also burn efficiently. But you’ll want to avoid green wood, painted or treated wood, and driftwood.

If you are going to install a new or replacement chimney liner, opt for a durable, stainless steel liner. Liners are designed to withstand very high temperatures and contain any embers. The result is less accumulation of debris in the parts of your chimney where fires tend to start.

5. Add a Cap to Your Chimney

Normally, bird nests are so small they aren’t much of a fire hazard. However, this is not the case if multiple nests have been built and abandoned in your chimney over the years. Multiple bird nests can restrict airflow and allow gases from your fireplace to accumulate. One way to deal with this issue is to have a chimney cap installed once your chimney’s been cleaned. These caps are designed to block access to the chimney from the top while still allowing air to flow and smoke to escape.

Having your chimney inspected is another way to prevent chimney fires. The Chimney Safety Institute of America recommends annual inspections that include checking for deposits, correct clearance, and the overall soundness of the chimney. You’ll also want to take care of cleaning, maintenance, and repairs as necessary.

Assure Home Inspections provides home inspections to the Chicago metropolitan area and Dupage, Kendall, Will, Cook, and Kankakee counties.  Contact us to schedule our services.